At the age of 22, the artist Michaela Konrad came across Aldous Huxley’s book Brave New World Revisited for the first time. In this collection of essays from 1958, the author analyzes his novel, published some 30 years earlier, and concludes that many of his predictions at the time may soon come true. He describes a world that will already have more than 6 billion inhabitants after the turn of the millennium. And he describes the pressure that this constantly growing population could exert on earth’s finite resources. 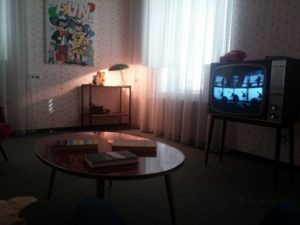 Huxley points out the rapid technological progress and the resulting increased concentration of power and money in politics, business, and the media. He predicts the disappearance of the “little man,” who will be unable to find the means to keep up with the big players. He examines the manipulations of the advertising and the entertainment industries and their constant distractions. And he notes the risk that these social and political changes could rob people of their freedom. Democratic states threaten to gradually transform themselves into authoritarian systems that only appear to be democracies.

In this first part of the project CAN THIS BE TOMORROW? Michaela Konrad takes the viewer back to the golden 1950s. She shows a series of fictional comic book covers in the style of American Golden Age comic books. Inspired by fantasists like Aldous Huxley, George Orwell, or Phillip K. Dick, she creates a past vision of current events. The video work WILL THIS BE?, which is presented together with the hand-printed cover images, playfully addresses past prognoses regarding our present time.

As Michaela Konrad sees it, a shifted perspective on the present can create distance—a distance that we need to help find our way in the dense multitude of simultaneous events occurring in our present day. 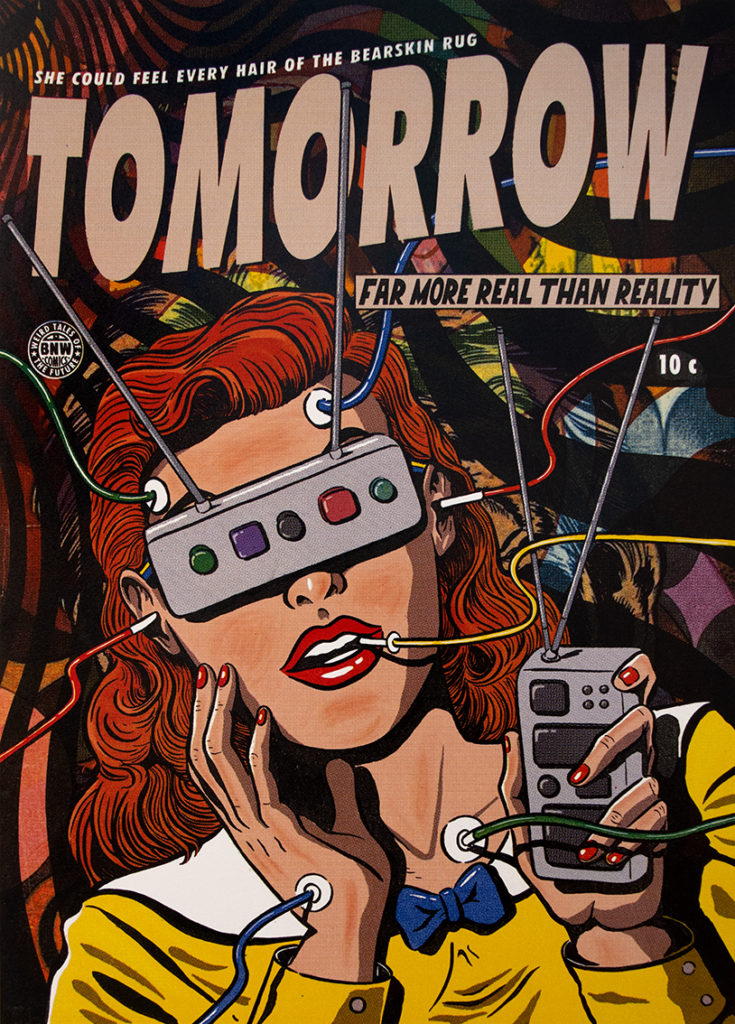 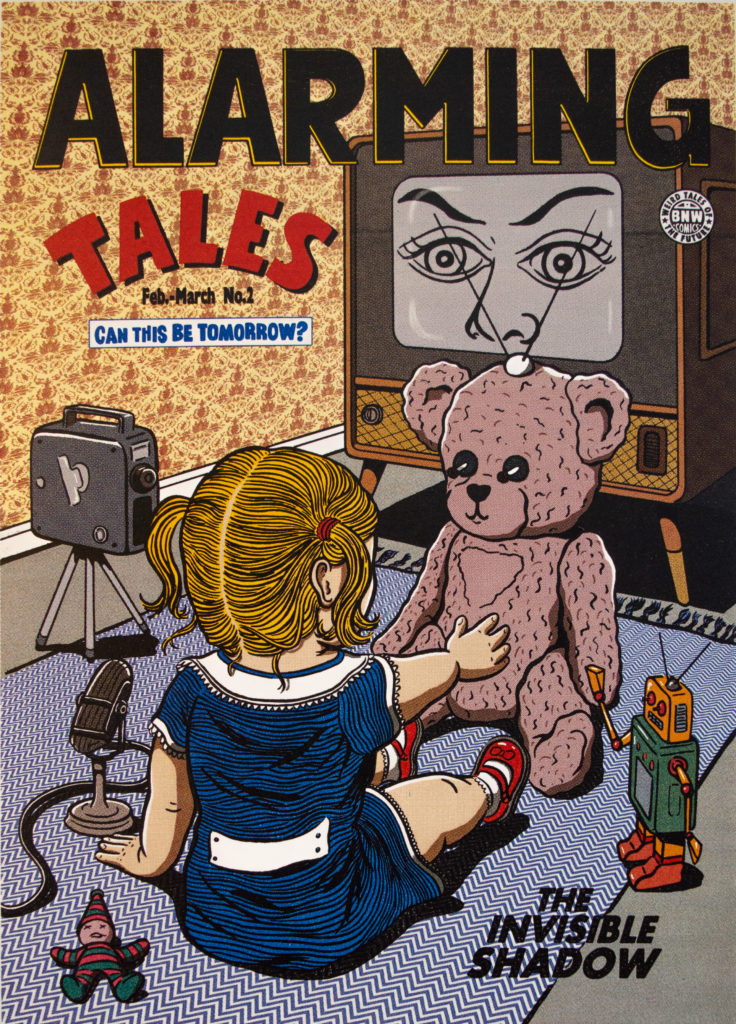 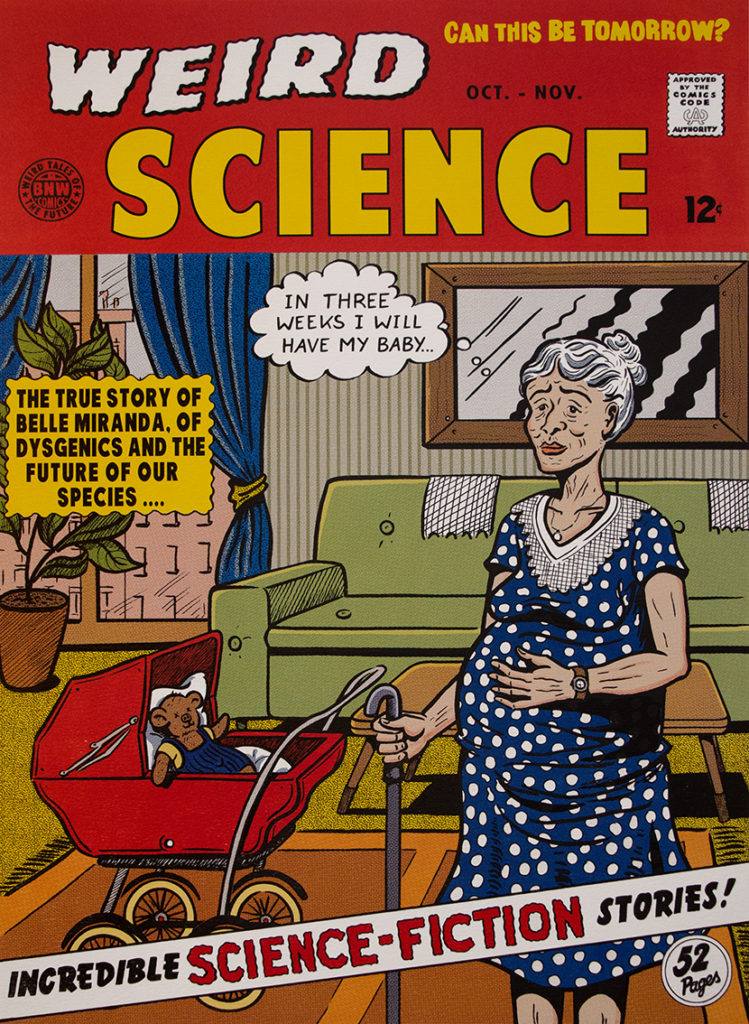 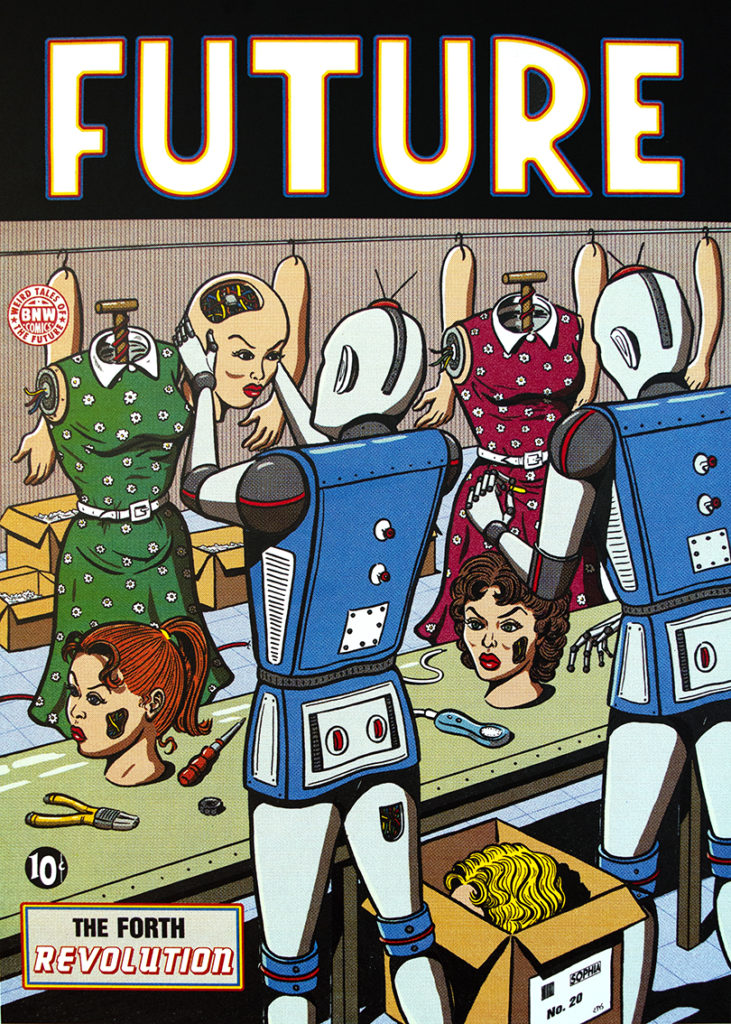 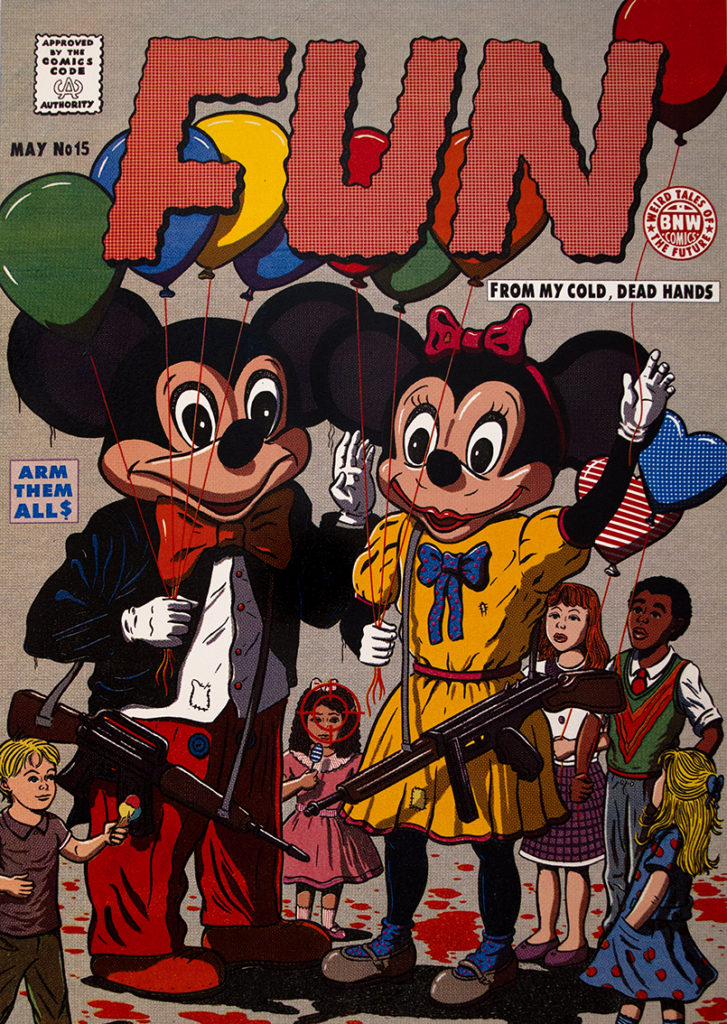 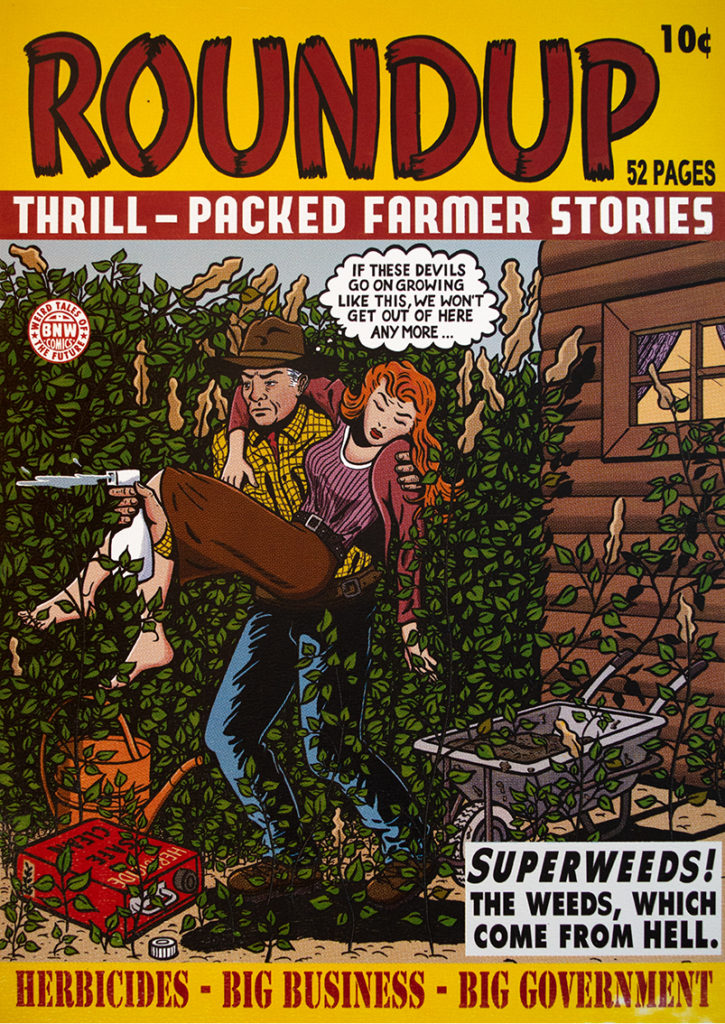 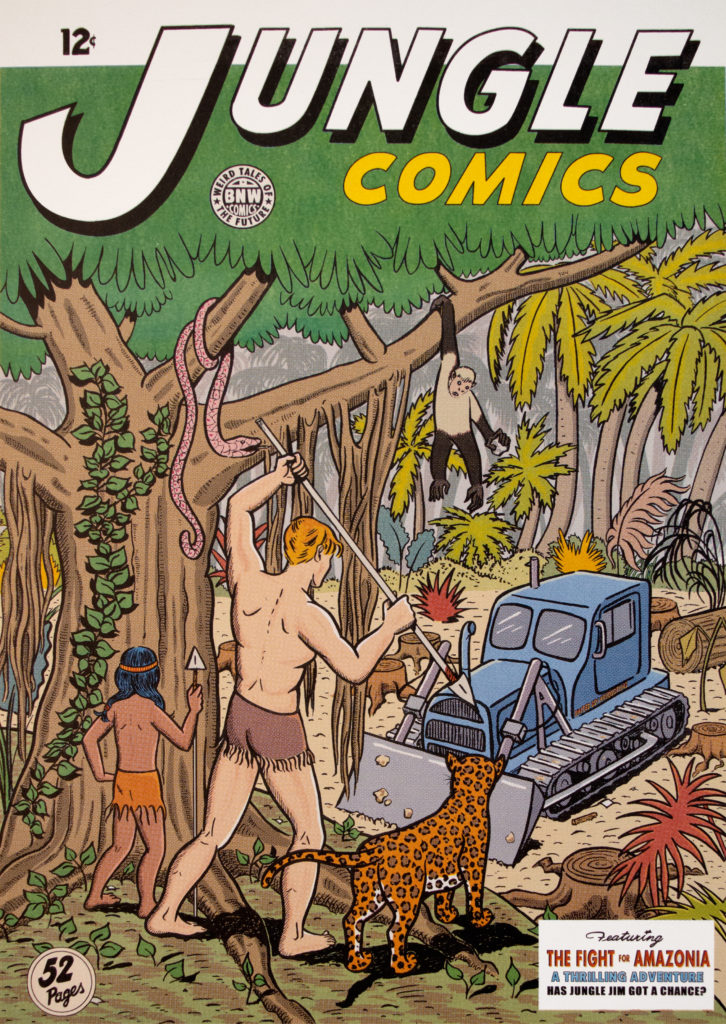 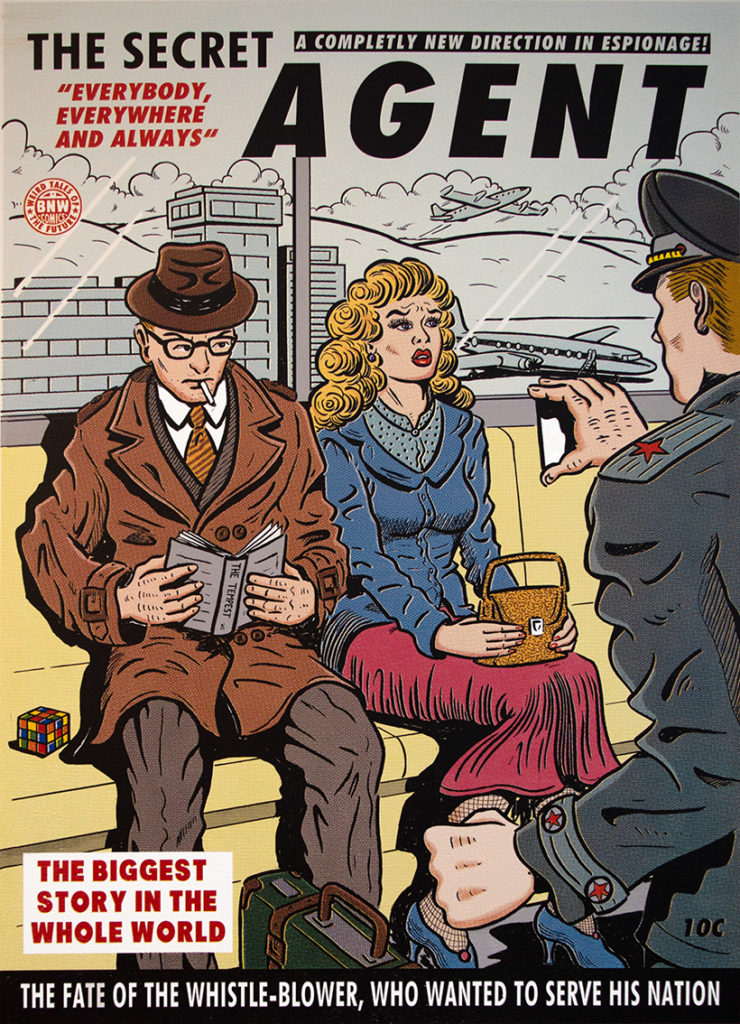 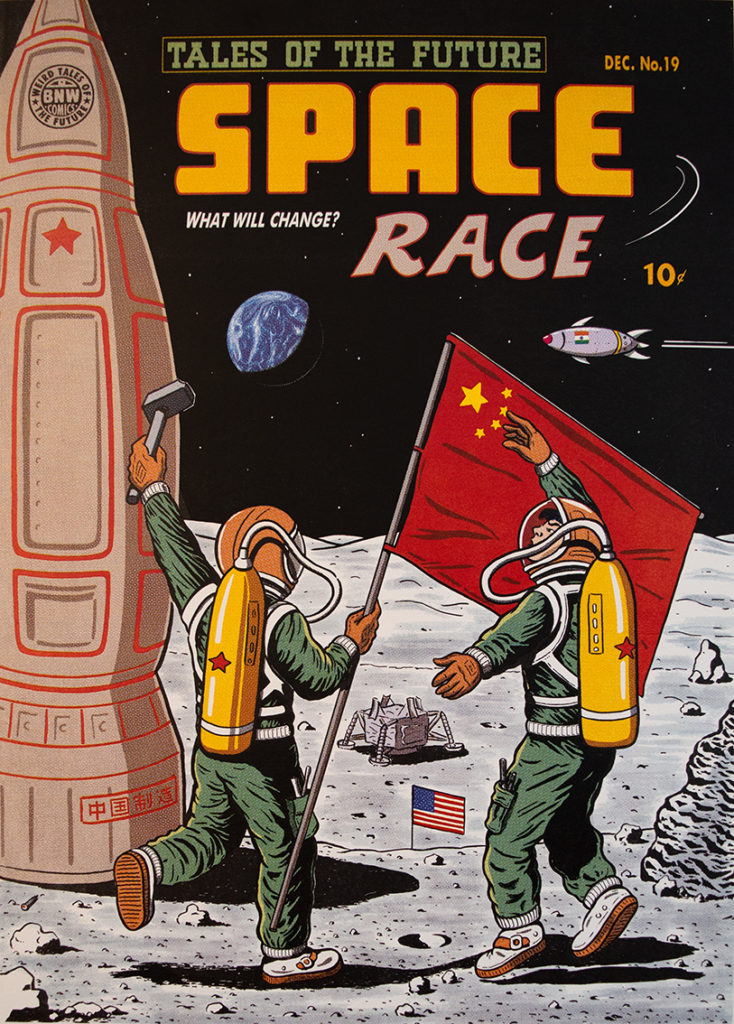 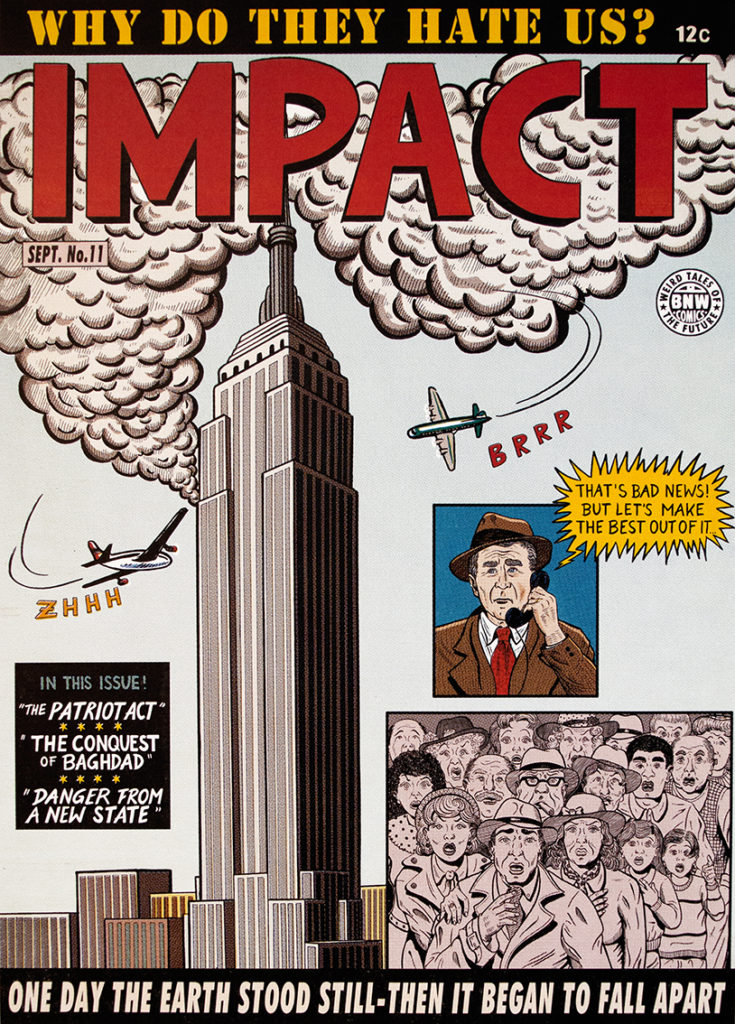 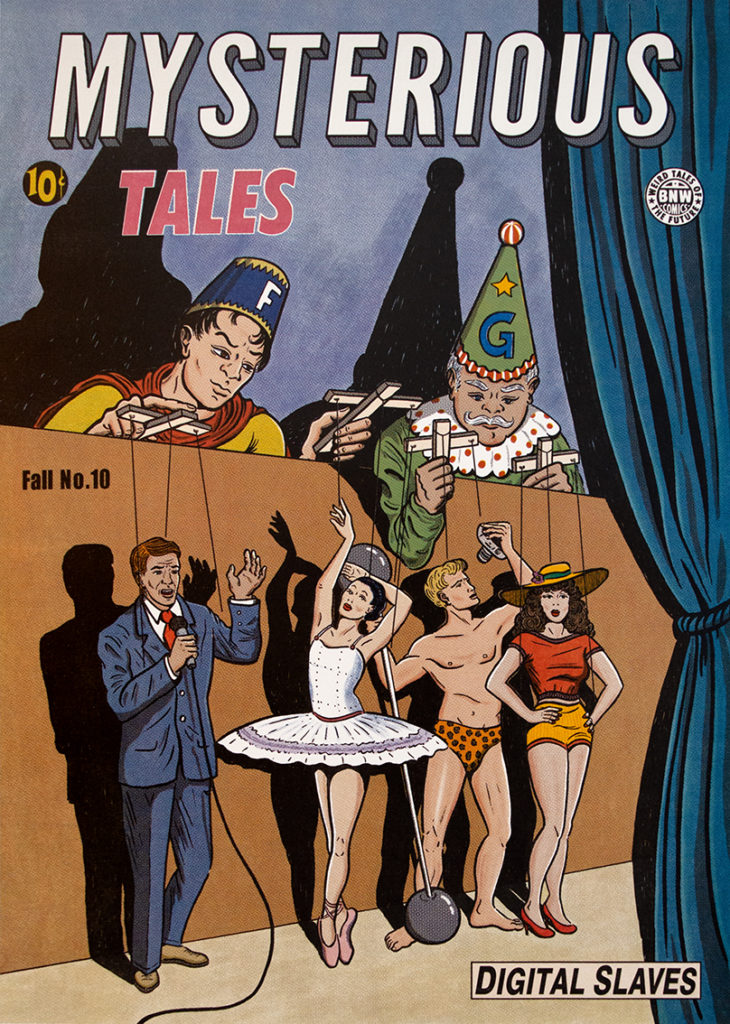 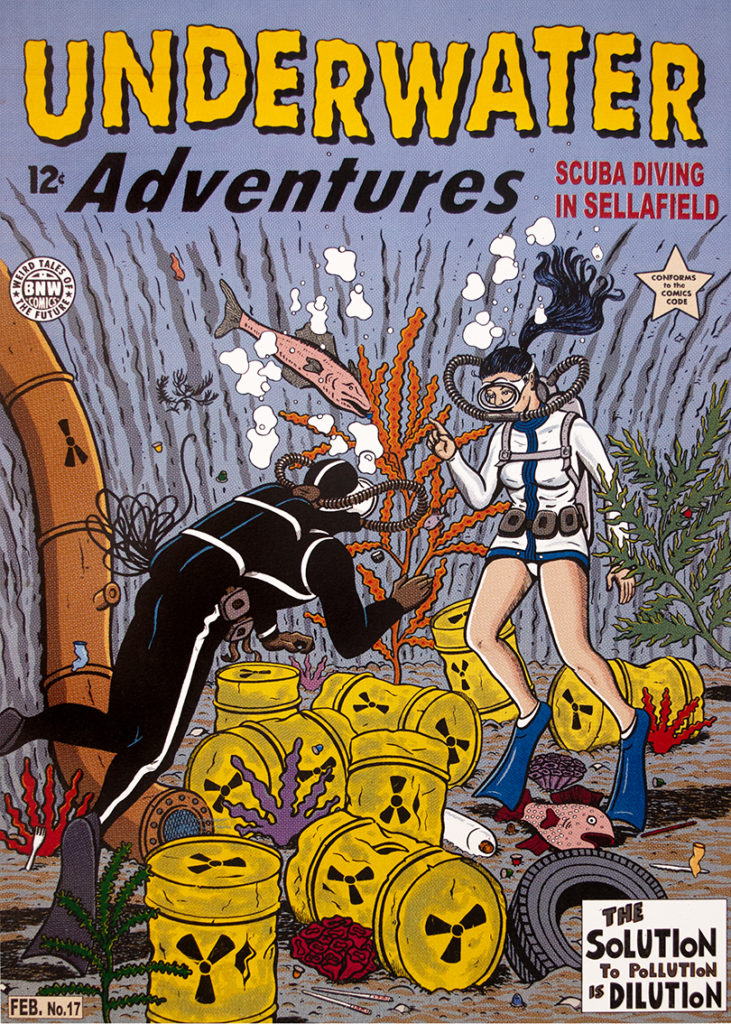 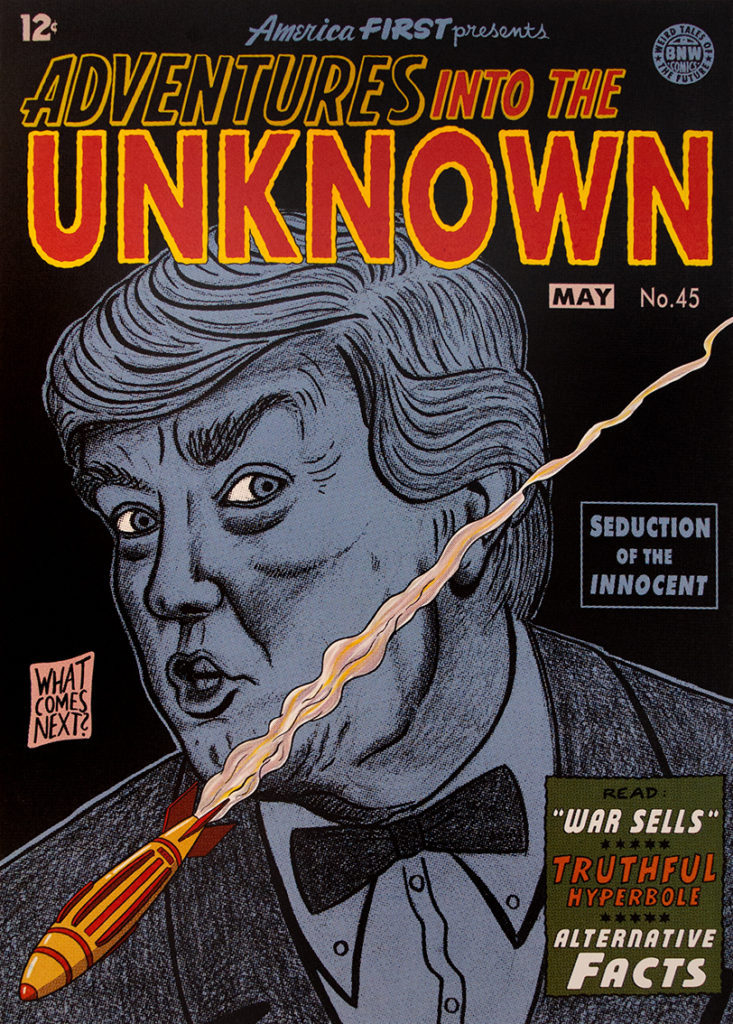 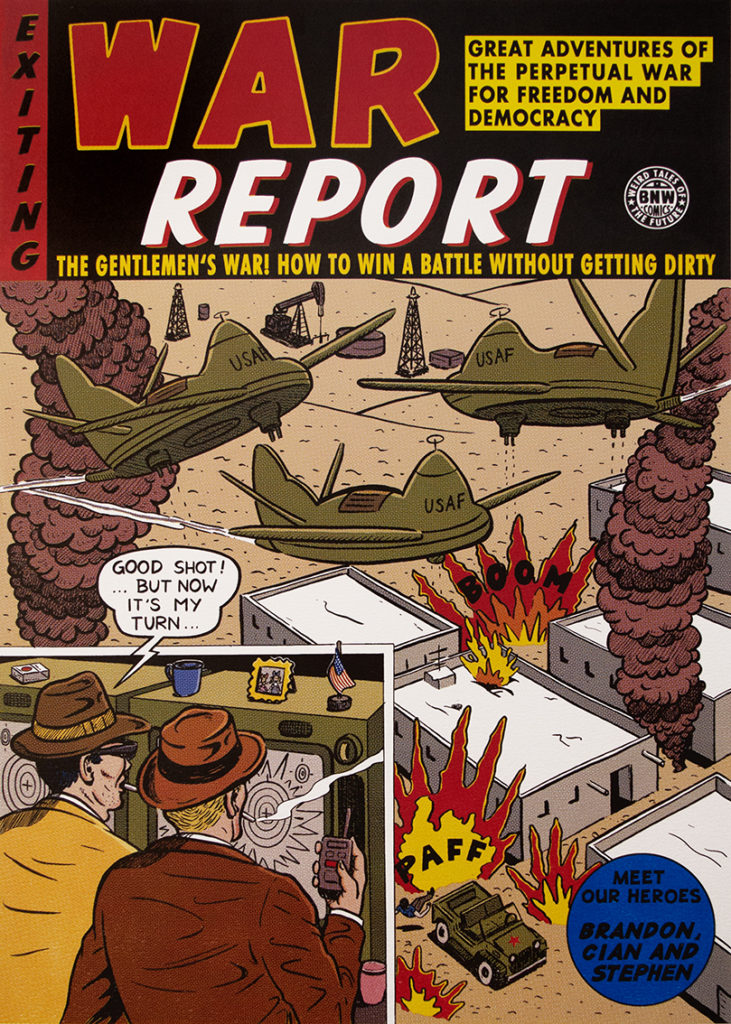